In Harry Potter and the Chamber of Secrets, we are introduced to Gilderoy Lockhart, a wizard who has gained fame and glory through his use of the Memory Charm on other, more talented witches and wizards. But how exactly does the Memory Charm work? What powers does it have and not have? And is this charm consistent with how memory and amnesia actually operate in the real world?

In general, the Memory Charm is used to selectively obscure or eliminate memories of specific events from a person’s mind. Based on scientific studies about memory, I’m guessing that the Memory Charm probably allows the spellcaster to gain access to the hippocampus, which is the part of the brain where memories are originally stored. Over a span of many years, however, these memories diffuse to various parts of the brain and do not rely on the hippocampus to be retrieved. Therefore, when someone is performing a Memory Charm, it is probably much easier to remove recent memories than ones that have happened early on in a person’s life. When Hermione removes her own existence from her parents’ memories in Harry Potter and the Deathly Hallows, this is probably an immensely tricky and difficult spell since she has been in her parents’ lives for 17 years.

Hermione’s Memory Charm on her parents is also remarkable in that it not only removes memories, but it also adds new ones. Hermione manages to convince her parents that they’ve always had a burning desire to move to Australia. At first glance, this seems like an incredibly difficult feat. However, false memories actually occur fairly commonly, even in the Muggle world. Memory researchers have found that humans are highly suggestible, and actions as subtle as having people imagine certain scenarios, asking leading questions, and using testimony from trusted family members can lead people to claim that they have memories of situations that never occurred. Therefore, it does not seem too strange that a cleverly used Memory Charm could leave false impressions on people’s minds.

We may be able to gain the most insight into how the Memory Charm works by looking at how it goes wrong. In Chamber of Secrets, Gilderoy Lockhart’s Memory Charm backfires due to Ron’s malfunctioning wand, leaving him with severe amnesia. Lockhart primarily has what is known as retrograde amnesia, an inability to retrieve information on what has occurred earlier in life. People with retrograde amnesia, however, still remember how to do most of the physical activities they have learned throughout their lives. For the most part, this is true with Lockhart, who is capable of walking and talking, but he does seem to have lost the ability to do some fine motor activities like writing in cursive, and it’s unclear whether he is still capable of doing magic. Personality is untouched by retrograde amnesia, as shown by Lockhart’s continued narcissism, and old habits die hard, as evidenced by Lockhart’s continued desire to sign autographs.

Lockhart does not, however, appear to have anterograde amnesia, which is the inability to learn new information. In the fifth book, Harry, Hermione, and Ron talk to Lockhart in St. Mungo’s, and he recognizes his nurse, informs them that Gladys Gudgeon writes weekly, and tells them how he’s been working on his “joined-up writing.” A patient with anterograde amnesia would forget this information as soon as his or her attention shifted elsewhere.

The Memory Charm, therefore, probably has different levels, the easier ones concealing recent memories and the more advanced ones removing older memories and even adding some memories. All, even the most severe, seem to affect the ability to retrieve what has already occurred, rather than the formation of new memories. From the Pensieve to Dementors to the Memory Charm, J.K. Rowling has clearly put a lot of thought into the rules of how magic manipulates memory in the wizarding world. 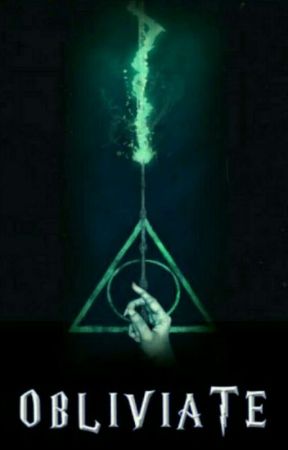 My name is Sophia and I’m a Hufflepuff living with my pet pig in New York City. On a daily basis I like to channel my inner Luna Lovegood by reading Harry Potter analysis books (upside down, of course) while wearing my large collection of miniature food earrings. When my best friends get tired of me bringing every conversation back to Harry Potter I sit down at my computer to share my obsession with the readers of realchampionshipwrestling.com.